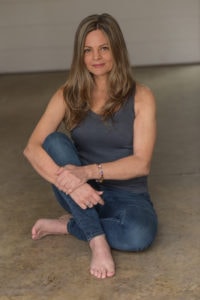 Peyton is a citified hillbilly from Strawberry Plains, TN who enjoys spending as much time in nature as she does urban living currently residing in Lincoln Square. After attending university in Knoxville to study creative writing, working in libraries, playing in a band or two, stage and voice-over acting, Peyton moved to Chicago to pursue her professional acting career. She’s a long time SAG-AFTRA performer as well as instructor of improvisation, acting, and stage craft around the US including the Second City Training Center where she worked for over 20 years.

She was first introduced to the world of yoga by a neighbor who was a rigorous Kundalini practitioner who she passed by on the way to classes and work in college. He would always be there on the grass in his front yard. She never learned his name, but ended up having tremendously mind-opening conversations which began her on her path to a deeper understanding of consciousness through yoga. She completed her first teacher certification in Hatha yoga from Dancing Feet Yoga RYT200 in New Buffalo, MI, and completed her Advanced Vinyasa teacher training RYT300 with MVP in Austin, TX focusing on Vinyasa, Yin, Restorative, Trauma Informed and Adaptive Yoga as well as Yoga Nidra. Peyton is now an advanced teacher with RYT500 registry. As a person with an unquenchable thirst for knowledge and growth, she recently finished the beautifully challenging 200 hour teacher training with Forrest Yoga. Learning the craft of weaving ceremony into class and giving her students permission and a safe space for discovering new ways of tracking fear within the body, mind, and spirit through the asana sequencing of Forrest Yoga has quickly become her favorite part of her experience of being a yoga instructor. She also embraces striking the balance between relaxation and challenge she brings.

Over the years, she has infused a variety of styles which has developed into her company, Yes And Yoga (@yes_and_yoga on IG), where she offers online and in person classes where she marries Hatha, Vinyasa, Forrest and meditation into her classes. 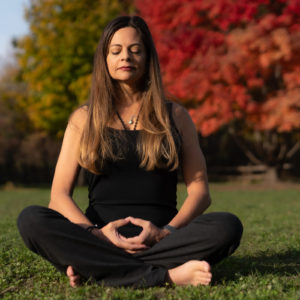 Click on images to view as lightbox...
Scroll To Top